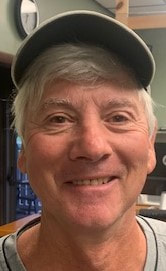 ​Here's a list of the Rules we have been using the past several years. For an explanation, contact Greg.

​Tournaments start at 6:00 AM Monday unless otherwise noted and must be completed and posted no later than 6:00 PM Sunday.

1        The weekly tournament sheet must be signed and dated BEFORE you tee off.

2        Score MUST be entered on the Tournament Sheet hole by hole. Please include your HANDICAP in the appropriate column.

3        You must also enter your score into the computer. Don’t forget to check the Tournament Box on the computer screen when entering score for your tournament round.

4        While playing the tournament round another Men’s Club Member MUST attest your tournament scorecard and be playing in the same group.

6              According to USGA rule, all rounds of a tournament play must be completed on the same day you sign the board.  If you sign-up, tee off and cannot finish the round for ANY reason, you cannot re-enter the tournament that week

9        Any matters of dispute shall be referred to the Tournament Chairman, whose decision shall be final.

10   All club members will be limited to winning THREE (3) individual & Two (2) team prizes per season.

11   When playing a team tournament, you MUST play in the same pairing.

12  You can only play either the (White Tees) weekly tournament OR the Seniors weekly
tournament (Yellow Tees) but not BOTH in the same week.


1. Preferred Lies: You may lift, clean and place 1 club length no closer to the hole in your own fairway.

2. You may rake and place in all bunkers. Stones in the traps are movable objects and can be removed.** If any sand trap is completely flooded take relief by dropping one club length behind the trap, no nearer the hole, keeping the trap between you and the pin at the nearest point of relief with no penalty.**

3. Roads and paths : You may take relief from roads and paths that do not have artificial surfaces  if they could unfairly affect
play. In other words if you are on a crossroad you get relief to nearest point no nearer the hole.

4. Cart tracks: You may take relief from cart tracks through the green. Through the green is defined as the whole area of the course except the teeing ground and putting surface of the hole being played including all hazards.

5. You may take relief from drainage ditches that cross the fairway; Doe#1, Buck #6, Buck#7 and Doe # 4 left of the cart path. No closer to the hole.

****6. All environmental areas are now gone from the course and the areas are red staked. If you enter one you can hit it from there or take a drop, no nearer the hole, with full relief from the hazard taking a one stroke penalty.*****

7. Fawn #2 is out of bounds on the left of the fairway until you reach the crossroad,  after that it is red staked for the remainder of the hole unless you go left past the white stakes that define doe 2 o.b. then you are out of bounds.

8. Fawn # 4- the hedgerow to the left of the fairway will be red staked hazard unless you go past the white o.b. stakes for Doe 3 then you are o.b. as is area right of green and the area across the cart path near the green is also out of bounds.

9. Abnormal ground conditions , where damage is on the green you may take relief no nearer the hole and not in a hazard to give total relief, total relief may be off the green if necessary, no penalty.

WINTER  RULES  means no touching the ball in the rough,   You can touch the ball  in your own fairway only, you get to move the ball with in one club length no closer to the hole. Rake and place in the traps!
Winter Rules explained here.
Rake and Place in All Sand Traps.

TAKE NOTE OF SOME OF THESE RULES FOR THE MEN'S CLUB:
*YOU NEED FIVE (5) 18 HOLE ROUNDS AT DEERWOOD GOLF COURSE POSTED IN OUR COMPUTER TO BE ELIGIBLE TO PARTICIPATE IN THE CLUB CHAMPIONSHIP AUGUST 5th & 6th.
*RANGE FINDERS ARE NOW LEGAL TO USE IN ALL TOURNAMENTS.
( ALL TOURNAMENTS USE THE WHITE TEES FOR A,B & C  AND THE YELLOW TEES FOR SENIOR TOURNAMENTS ON ALL COURSES DURING TOURNAMENT ROUNDS. )
*YOU MAY POST 9 HOLE SCORES, 18 HOLES SCORES, and SCORES FROM OTHER COURSES IN OUR COMPUTER
*IF YOU ARE PLAYING A TOURNAMENT ROUND, WHEN POSTING, YOU MUST CHECK THE TOURNAMENT ROUND BOX IN THE COMPUTER OR YOU WILL BE DQED.
​*YOU MUST ALSO POST YOUR NAME ON THE BOARD IN THE SHANTY BEFORE SHOOTING A TOURNAMENT ROUND.
​*YOU MUST PLAY A TOURNAMENT ROUND WITH AT LEAST ONE OTHER MENS CLUB MEMBER WHO WILL SIGN AN ATTEST YOUR SCORE AND AFTER POSTING ON THE TOURNAMENT SHEET AND IN THE COMPUTER. In a team event, a member of your team may attest you card. You are on your honor.
​* YOU MUST DEPOSIT THE SCORECARD IN THE TOURNAMENT BOX IN THE SHANTY.
​*CHECK IN THE SHANTY FOR RULES AND GREENS UPDATES, WINTER RULES ARE IN EFFECT UNTIL FURTHER NOTICE.
​*ALSO:  All holes end when your ball is in the hole-no "gimmie putts". Any hole not finished in this manner will be scored as an "X" on the card and you will be DQed from Tournament play. For scoring purposes you enter a score in for any "Xed" out holes based on your handicap. That chart is posted and also in the computer. All local rules will be followed including out of bounds shots - you are penalized for stroke and distance. Red stakes and water hazards are lateral hazards - one stroke penalty and drop the ball two club lengths from where the ball entered the hazard, no closer to the hole.
​

PLEASE READ THE FOLLOWING RULES CLARIFICATIONS WHICH WERE ADOPTED AT OUR BOARD MEETING ON JUNE 17, 2021. THEY ARE ALSO POSTED IN THE SHANTY:

​Rules, scoring clarification, and tournament information
I. Presidents cup
1. Qualifying round .
A. You must play your qualifying round from the white tees.
Whatever your handicap is from the white tees on the course that
is being played that week is the class (flight) that you will qualify
in, A,B,or C. If the course rotation that week includes the fawn
there could be a 2 or 3 stroke difference from Buck\Doe which
could place you in a different flight than expected. It is the
player’s responsibility to sign and play in the proper flight for the
rotation that week. This is the flight you will play the remaining
matches in regardless of changes in your handicap from week to
week.
B. Seniors during qualifying round ONLY: If you wish to play the
senior tournament that week but still want to qualify for the
Presidents Cup you must indicate this on the signup sheet. There
will be check boxes to accommodate this going forward. Play your
qualifying round from the white tees but you cannot claim a prize
if you also sign and play from the yellow tees that week. This is
the ONLY time you may need to sign twice during the week and
is only for the Presidents Cup Qualifying Round.
2. Subsequent Bracket Matches during The Presidents cup.
A. The remaining matches contested in the brackets for the duration
of the tournament may be played from any set of tees as long as
BOTH opponents agree upon it. If either of the players does not
wish to play from the yellow tees then the match must be played
from the whites.
B. Handicaps: For all remaining bracket matches after qualifying,
your handicap on the day the match is played is the one to be
used. This may be different than the handicap used for qualifying
since there are differences caused by the rotation of the nines. As
an example, if one player is a 14 and the other is a 16 then the 16
gets a stroke on the 2 hardest holes. In this case it would be the
number 1 handicap hole on the front and the number 1 on the
back.

1. Even though the course is in great condition we will continue to
use relief for badly maintained or damaged areas of the fairways.
A. You may lift, clean, and replace your ball IN YOUR OWN
FAIRWAY AND FRINGES OF THE GREENS ONLY one club
length no closer to the hole.
1. You MAY NOT improve your lie so as to be on the
green if you are off. Closest point of relief no nearer
the hole that is still in the fringe or collar.

1. There are several bunkers on each nine that have gone
unmaintained. These are to be considered ground under repair.
Many of the signs have gone missing. The club will work with
maintenance to obtain some marker stakes which we will paint
GREEN. Any area designated by these markers will be considered
to be ground under repair. Relief from these areas is defined as
the CLOSEST point of relief no nearer the hole. This may require
you to drop the ball behind the area OR possibly to the left or
right of where your ball came to rest depending on where you can
get complete relief.
2. The club will also attempt to keep a list of these areas posted in
the shanty.

1. July 31st is the deadline to sign up for the Club Championship. If
you prepaid with your dues you are already in. The club will
publish a list showing who is in and will also ask members to
confirm their entry either by email or a signup sheet in the shanty.

2. Handicaps and flights will be determined by what is in the
computer on July 31st.
NEW THIS YEAR 2022 - If you are maxed out on Tournament prizes (3 induvidual and 2 team events) you still may compete in all remaining Tournaments but you cannot receive a prize if you win.